In fact, it's more than a little stressful. So much so that my title hardly even makes sense.

We got Zumba for the Wii, so now not only does it call me fat and clumsy and a poor parent, it lies to me about being a good dancer: 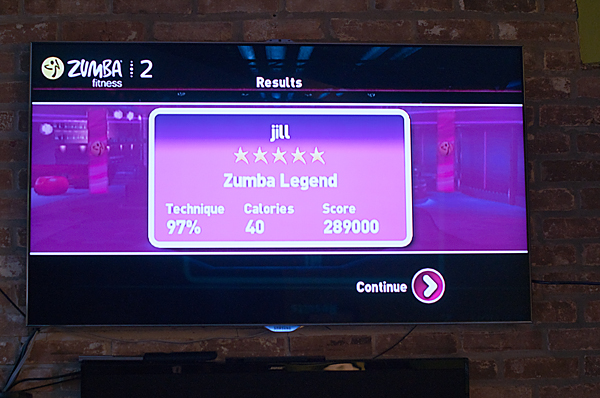 But, what can you do? It's way better than joining a gym.

Meanwhile the Beeb is getting bigger. Here she is when she turned ten months looking all studious: 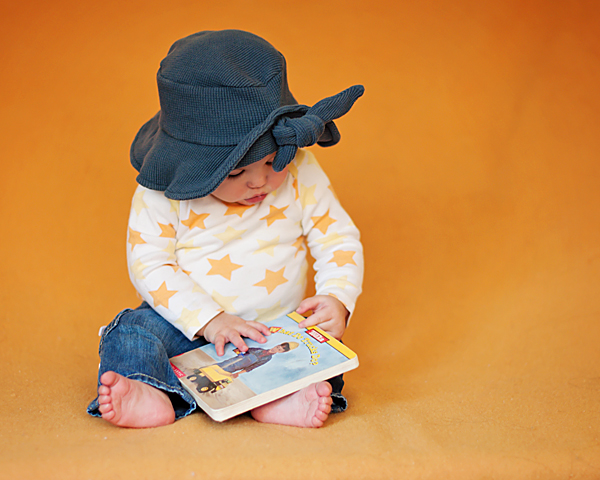 Don't let that fool you though. She is only seconds away from eating the book. Not innocently mouthing it, not sucking on it a little, not teething on it a bit. She's about to bite off as many morsels of the made-for-destructive-baby pages as she can possibly chew up and swallow before someone makes a mad dash to rescue the poor book. Books that survived both the Sweet Pea's gentle care and even the Boy's rough treatment are now crying for mercy.

She's also learning to walk as a means to an end. The end being to make us all smile and coo, of course. She's otherwise not really interested.

Here she is walking between The-Guy and Older Gal:

Last but not least, she's saying several words. The first word is "Wawa," which means water and cup and perhaps even, "I'd like to try your beer." She also says, "bawa" meaning both bottle and "I want that."

Her most frequent word is "BAOW!" which as far as I can tell means bottle, but also means book and "Let's torture the cat!"

That's the update from here. Hope all is well with everyone.
at 1:26 PM