If you were planning on getting me a tow truck for my birthday, this is the kind I want 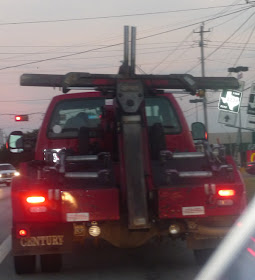 My younger gal noticed this on a necklace at Kohl's: 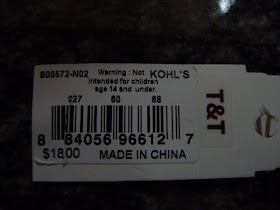 I'm not exactly sure how my generation made it through so many dangers without all the warnings. It would be nice if they were more specific though. I mean, is it a choking hazard because a child younger than fourteen might eat one of the beads, or do they think a thirteen year old might strangle herself?

It's so sad when people involve their dogs in sports and then the dogs get fouled. I'm glad they're going to protect the dogs in New Hampshire from this horrible fate: 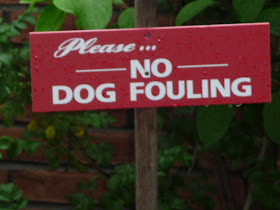 Older Gal really will be responding to comments on the last post. It's just that she's intimidated. So now she's just exactly like The Bloggess! Which means she's world famous all over Houston and possibly other places.

I've now revised this post about 714 times. So my apologies to anyone who read it in its previous form(s).
at 2:37 AM